As time goes along, more and more people have gotten on board with the idea of designating drivers. A Mothers Against Drunk Drivers (MADD) survey done in 2014 showed:

Who Is Most at Risk for Drunk Driving Fatalities?

Drunk driving takes the lives of young drivers more than any other age group: 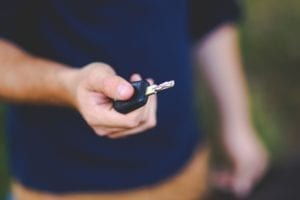 If everyone in your group wants to party and drink, and no one wants to be a designated driver, there are other ways to designate a driver, such as:

Designate Your Driver Ahead of Time

Don’t wait until you’ve already started drinking to designate a driver. By then, your thinking is impaired, and you probably won’t realize you need one.

Be safe. Always designate a driver ahead of time. Your safety isn’t always in your hands, but in this case, it is. Never drink and drive, and never get in the car with someone you even suspect has had a drink or taken drugs. And know that there are ALWAYS available options for you (and your friends) to get home safe and sound.